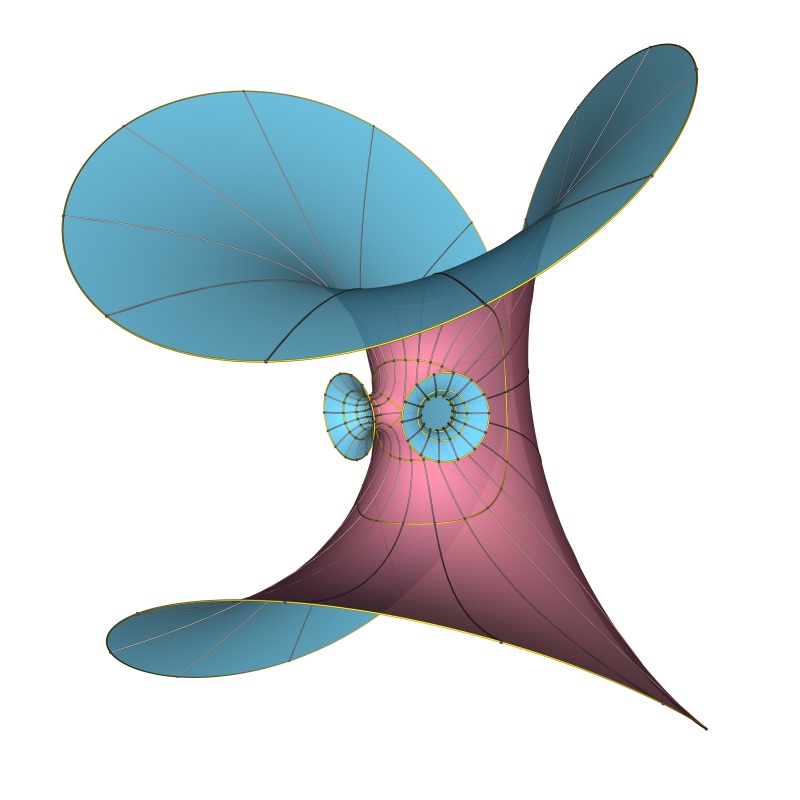 Sometimes, the Enneper surface will just show up. For instance, when classifying complete minimal surfaces of small total Gauss curvature, it is unavoidable. Together with the catenoid it hold the record of having only total curvature -4𝜋. Next comes -8𝜋, and for this you will encounter critters like these that have look like an Enneper surface with two catenoids poking out. 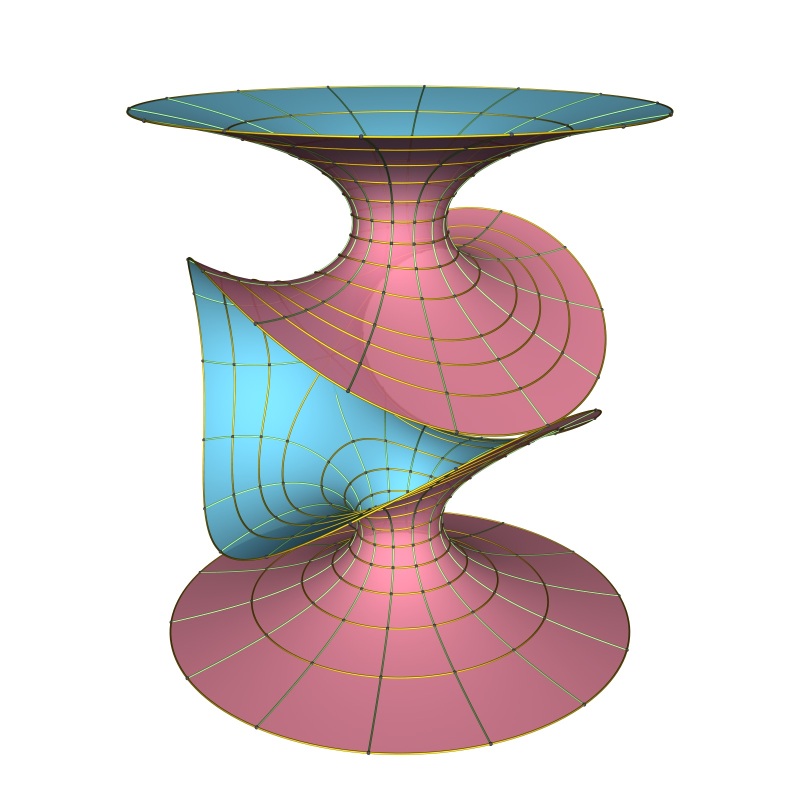 There are many others, and I view them not so much as objects to be classified and put away but rather as play grounds where one can learn what design goals are compatible with the constraint of being a minimal surface. 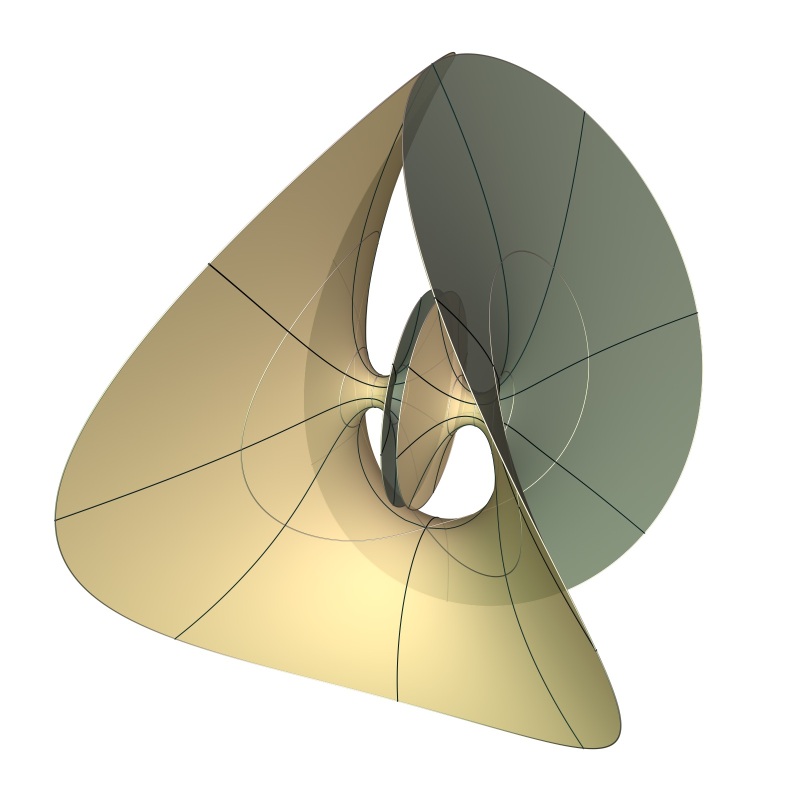 For instance, adding a base to the surface above is possible but pulls the two top “lobes” of Enneper and with them the two inward pointing catenoids apart:

But still, the Enneper surface comes in handy. The k-Noids, which traditionally are minimal surfaces just with catenoidal ends, have to be well balanced: The catenoids pull and push in the direction of their axes, and get boring after a while. The Enneper surface is much stronger then any number of catenoids and will win any tug-of-war.

After talking about the other helicoid first, it would be impolite to ignore the real helicoid, which is of course much more famous,
mainly because it also is a minimal surface. 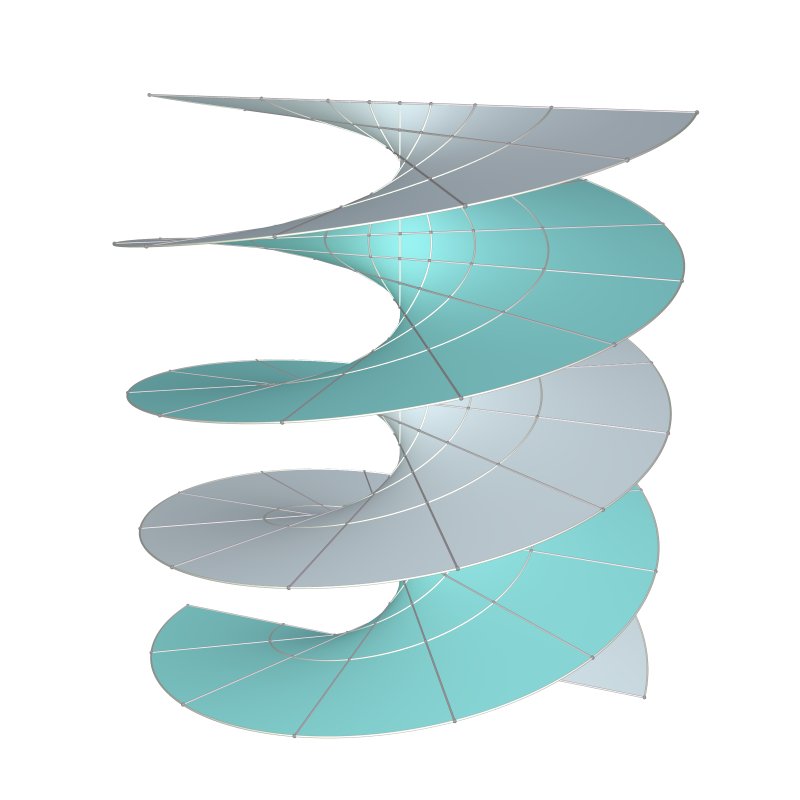 A such, it possesses a deformation into the catenoid 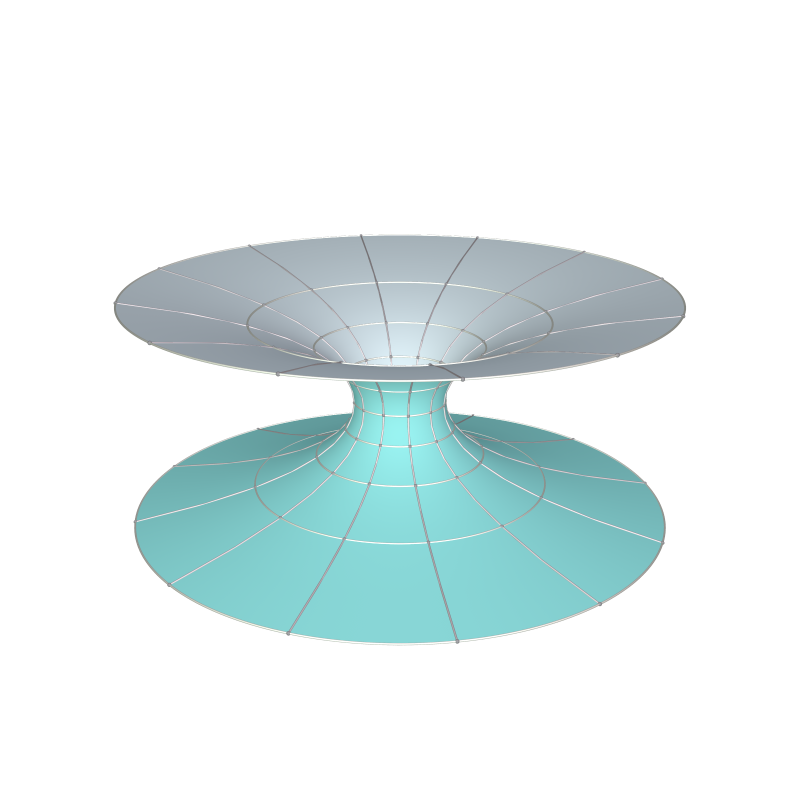 which every textbook on the geometry of surfaces mentions at least as an exercise. Half way the helicoid will look like this: 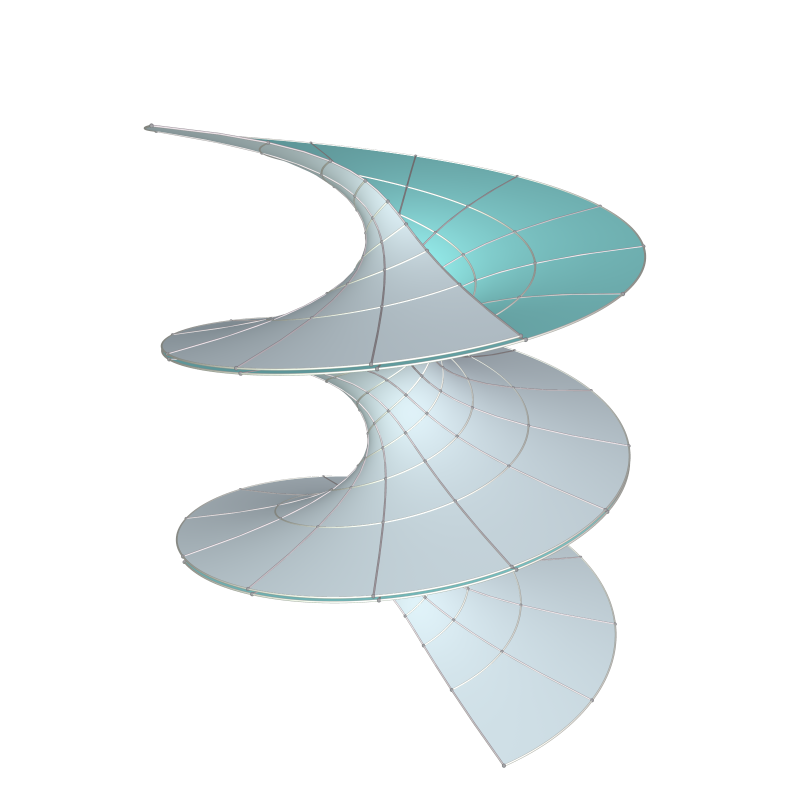 I have chosen the size of the helicoidal paper so that the two spiral edges almost touch. This deformation is, however, problematic for book making, because no curve could serve as a spine. 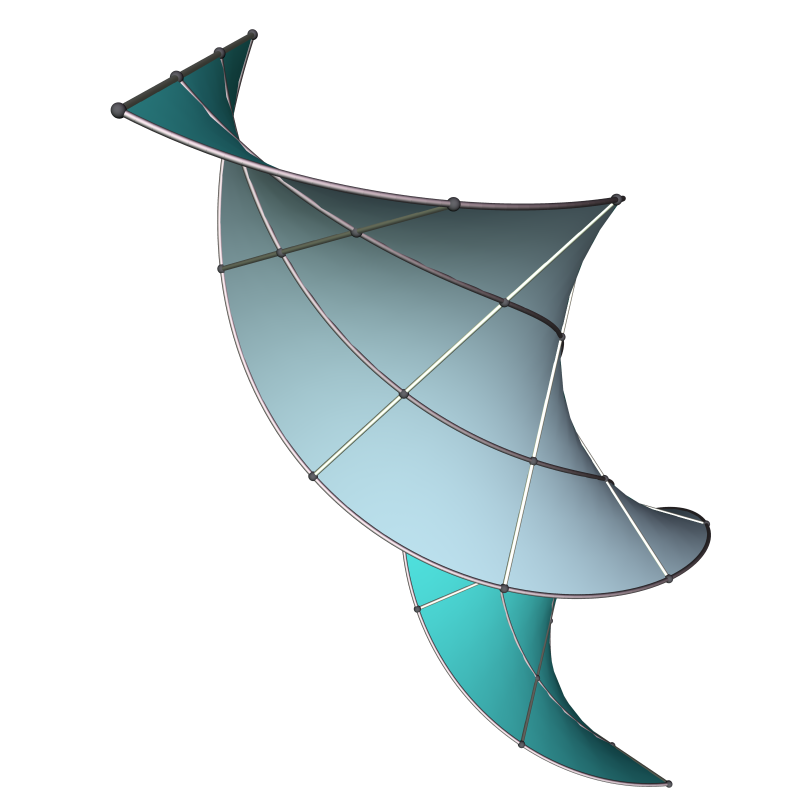 But there are other ways to bend the helicoid, that are not anymore discussed in text books. We can keep the horizontal generators of the helicoid as straight lines, but let them slope upwards a little, like above,
or like below, with steeper lines. 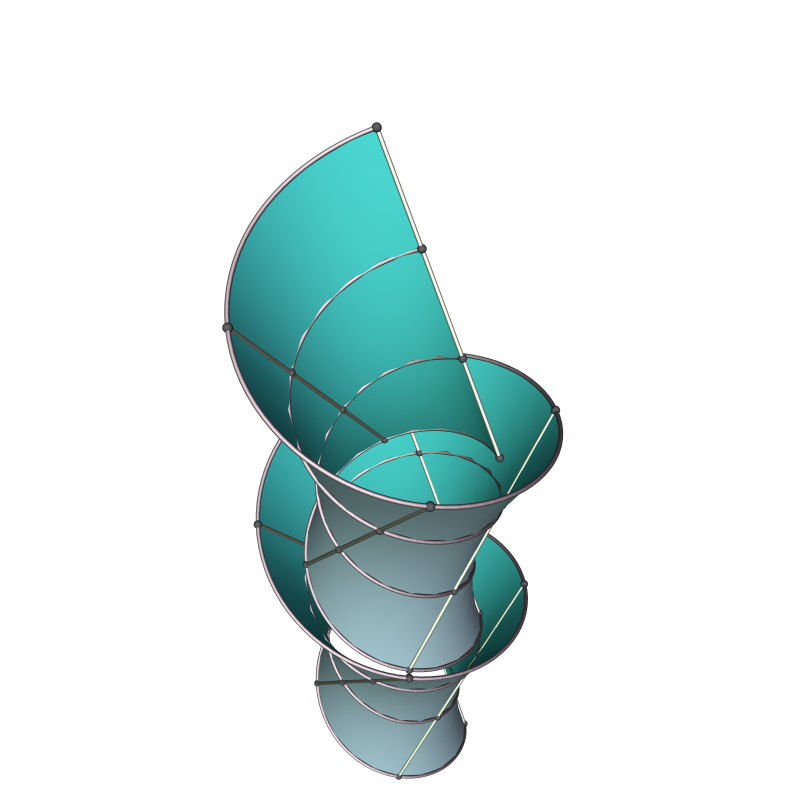