Groups are mathematical games being played with letters. In the simplest version, we use just one letter (say a), and are allowed to add it to or to remove it from a word. This is the free group of one generator, or the infinite cyclic group.

Clearly, this game of create and destroy needs more rules. A simple rule is to make it truly cyclic and finite by insisting that after using the letter a say 7 times, we are back where we started. This means aaaaaaa=1, which is a relief, but still not very interesting. 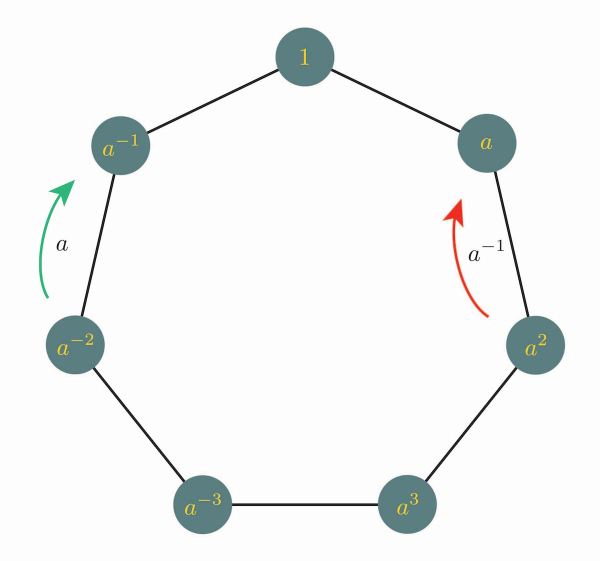 With two letters a and b, our game expands. 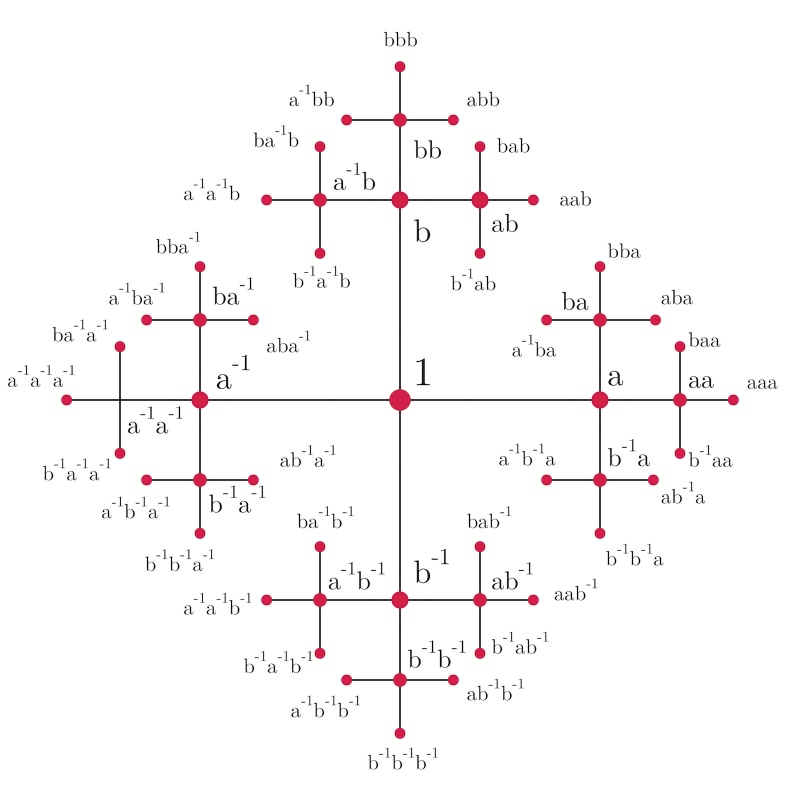 This Cayley graph is the dual graph of the tiling of the hyperbolic plane by ideal squares, and not accidentally so.

Again we can restrict the rules of the game. Let’s play with the three letters r, s, and t, and insist that rr=ss=tt=1 to avoid any repetitions, and also that rsrs=ststst=trtrtr=1. The result is the Coxeter group G(2,3,3), and after a while playing around with the words, you find its Cayley graph below, neatly laid out.

This is dual to a tiling of the sphere by spherical triangles with angles π/2,π/3,π/3, and this is also not accidentally so.
We’ll see more about this next week.